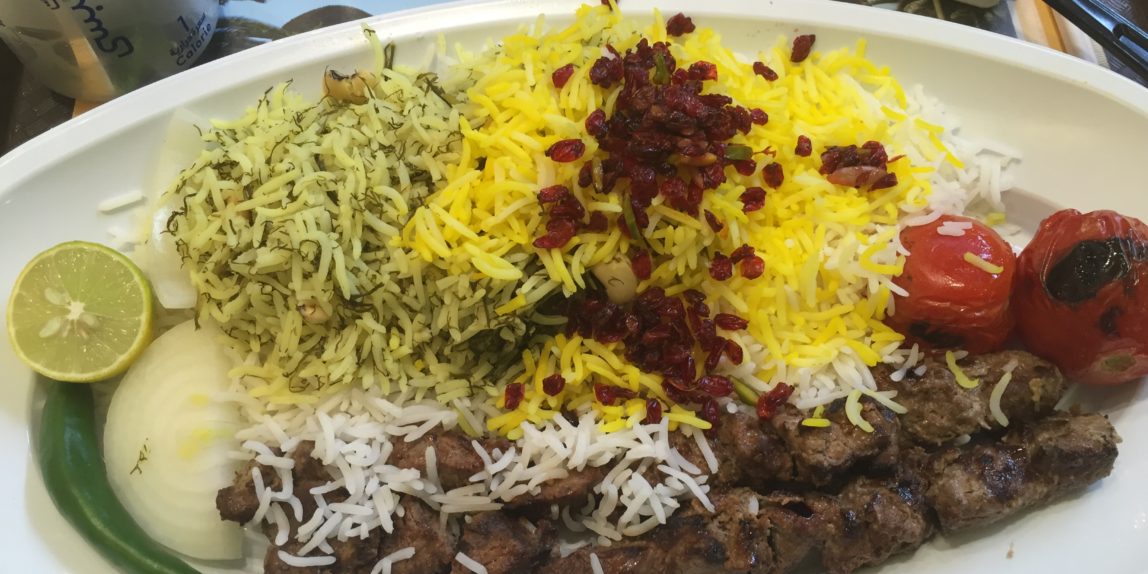 I’ve realized that not all food moments have to be formal to be significant. In my travels I have been touched by some experiences that were wholly unexpected. Here’s a peek at five food highlights of my travels that were surprisingly revealing:

I happened to be visiting a friend who knows I love Middle Eastern food – here in the States it can be difficult to find restaurants specific to one country in the Middle East so we headed to The food court at Mall of the Emirates (yes, the mall with the indoor skiing) which was like a map made of food: Lebanese, Iranian, Iraqi, Afghani and so on.

Why is this important? Houmous, rice, kebab it’s all the same right? They all eat the same thing “over there” don’t they? No.

Each country has its own distinct cuisine. The spices used, the way sweet and savory are incorporated and the plethora of ways each country defines kebab. Most importantly, the foods and flavors tell the stories of a nation’s heritage and its people. This immense food court was a great way to explore all of the nuances and gain a better understanding of each country. 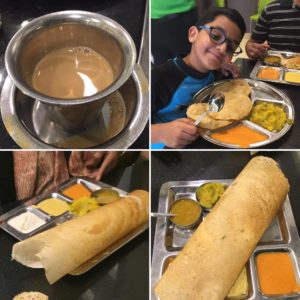 People like to say the United States is a melting pot but I’d argue that we’ve got nothing on Dubai. The population of this Emirate is around 80% expat and the food culture surely demonstrates that. Everywhere I turned there was a restaurant I knew from home – oddly a number of Johnny Angel’s restaurants.

My friends are expats, while their families have been in UAE for decades their homeland is Goa, India. I’ve had plenty of Indian food but never really knew whether it was authentic. Like the Middle East, cuisine in India is very specific to each region. After church (yes, there are churches in Dubai) my friends took me to an Indian restaurant so I could experience a traditional South Indian breakfast.

The food was great but the best moment was when Aden, their youngest son, sat next to me and explained how to maneuver through the dosa and chutneys. He demonstrated with his own and as we ate I learned about the family’s time in Goa and what the culture there is like. We also talked about how this meal was different than what I might find in other parts of India and how geography and history make that so.

“Come for the vanilla slice, stay for the pork bun.”
I spent about two weeks in Melbourne, Australia. I was visiting friends so I got to be a part of their daily routines and one day as we stopped to buy the newspaper my friend’s dad realized I needed to try vanilla slice…whatever that was. Turns out it is a deliciously thick vanilla custard between thin pastry, cut like a slice of cake. It seems this is as much a part of Australia’s culture as fairy bread but I was fascinated that to buy it we went into a Vietnamese shop where the vanilla slice was side by side with pork buns, banh mi and chips (of the British variety).

The ladies that ran the shop spoke broken English if one could even call it that. There was an immense about of nodding and pointing as people placed their orders. As I looked around the shop which was basically a storefront I couldn’t help but think about how these immigrants had been able to introduce a bit of their culture to this little shopping center in Australia.

The man who owned the place told me that lots of people “come for the vanilla slice and stay for the pork bun.”

I love the header photo of my blog. Not just because it is a great photo but I love it because it represents family and connectedness. The photo is from my visit to Adana (the same trip where I ate the gummi bears). Our last morning travelling through Turkey was spent with about 10 of us around a small-ish kitchen table enjoying a traditional Turkish breakfast. My friend’s uncle had gone out to get fresh bread while the rest of the crew prepared a spread of vegetables, meats and cheeses, eggs, jams and olives.

Although breakfast is a way we begin the day, that morning was the perfect ending to our trip. All week we’d been having “Turkish breakfasts” but the spreads at hotels really don’t do justice to this aspect of Turkish culture.

That final morning I understood what was special about the Turkish breakfast. Starting the day connected to one another before the day breaks into individual adventures is grounding. It’s a moment you can count on regardless of where the day takes you. If you have the chance to experience a true Turkish breakfast DO IT.

An American, an Australian and an Englishman walk into a bar…
We didn’t actually walk into a bar but we were imbibing as we waited for 2016 to arrive. It was over 100F on December 31, 2015 in a suburb of Melbourne, Australia and who knows how many beers in we all were when it dawned on us that we represented three English speaking countries. We were missing a Canadian but as the drinks kept flowing we managed to all do our best accents in Canada’s honor.

While I am sure the alcohol heightened the experience, it was interesting to sit around a table breaking down common words and how each country pronounced them differently. I loved the way everyone else pronounced “aluminum,” “Ah-loo-min-ee-um.” It seemed so sophisticated. Imagine my surprise as the group assured me that the American pronunciation was so much better! We went back and forth, eventually delving into slang.

It is easy to forget that there are so many differences in language even when the language is the same. Right here in the United States the variations in American English are vast. The PBS documentary American Tongues takes a look at language in the States and the intersection of language and culture.

Side Note: It was here too that I learned that the Australians have been deprived of the “pop” in poppin’ fresh Pillsbury products – you know the cinnamon buns or crescent rolls and those moments of anticipation as you unwrap the tube just waiting for the POP. Yeah, they don’t have those.

2 Replies to “You’d Be Surprised”

Scroll Up Scroll Up